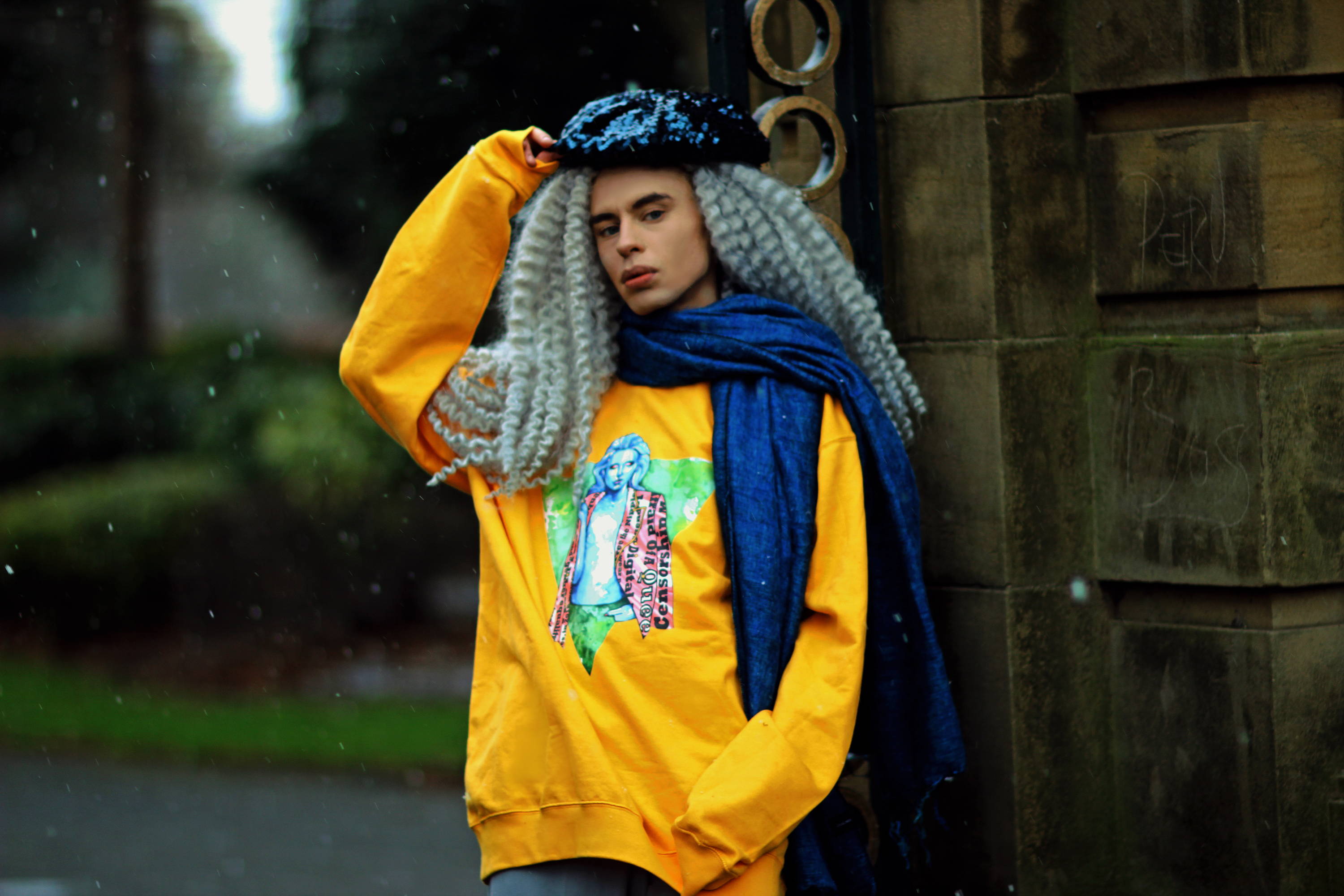 This design is the result of a conversation about censorship, particularly in relation to the policing of the female body on social media. Why can we see breasts on every social platform but with the nipples blurred, and yet the same doesn’t apply to the male nipple?

This lead me to think of how this narrative would translate in relation to trans or non-binary bodies. The image that inspired the design is of a model who at the time was identifying as male but is now living as a woman. This image was freely available on social media and probably still is. So what happens now that she has transitioned? If she were to recreate the shot now with her nipple exposed would it be censored? My question is; what is the resolution in this case, for those in our society that want to police women’s bodies but do not accept trans women as women?